Redmi Note 8 and Redmi Note 8 Pro are all set to go official next week, and the company has been on a rampage with a barrage of teasers. A flurry of new ones has now been posted on Weibo hinting at support for game accessories, and a host of gaming features as well. It also shares evidence to prove that the Helio G90T – the SoC that will power the Remi Note 8 Pro – is more powerful than the Snapdragon 710 SoC.

Redmi General Manager Lu Weibing has also shared stats from AnTuTu, revealing that the Helio G90T outperforms the Qualcomm Snapdragon 710 SoC, with both scoring 283,333 and 214,739 respectively. However, the Kirin 810 score is also shared alongside (301,419), and it outperforms both the above mentioned processors. 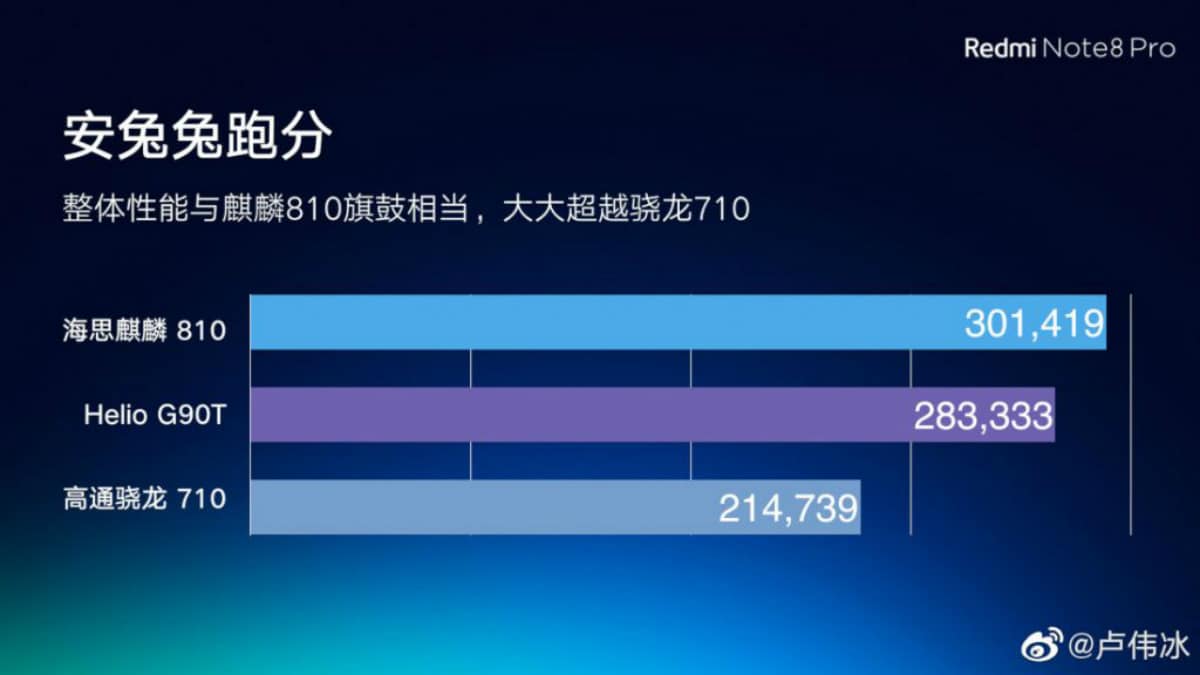 Another teaser reiterates that the phone is equipped with liquid cooling and that it will reduce the temperature of the phone by 4 to 6 degrees compared to other models, while gaming.

The company recently also suggested that the phones may be equipped with 25x zoom capabilities, but it also could just be boasting about its 64-megapixel main camera’s output resolution that will offer no loss of detail even when the photo is zoomed in about 25 times.

The Redmi Note 8 and Redmi Note 8 Pro will be launched in China on August 29. The Pro variant has leaked in live images and it is tipped to sport a triple rear camera setup, a gradient back panel finish, and a rear fingerprint sensor as well. Recently, the company also announced that the Redmi Note 8 should have a high screen-to-body ratio, larger battery compared to its predecessor, and most importantly, better image quality.

Cangir Trade18 views9 hours ago
18
On this episode we discuss the best phones under Rs. 10000, where we also share our top picks under Rs....

Oppo F15 Sale Tomorrow: Check Price in India, Specifications, and All You Need to Know

Cangir Trade14 views13 hours ago
14
Oppo F15 is set to go on sale in India tomorrow. The sale will take place through Amazon, Flipkart, and...

Maikel Du16 views13 hours ago
16
To refresh your memory, here’s a chronological rundown of what OnePlus CEO thought about wireless charing: in 2017, OnePlus said...

Cangir Trade13 views14 hours ago
13
Mi 10 is set to launch in China in the first quarter of this year, according to a report citing...