by Maikel Du
Reading Time: 6 mins read
A A

If you’ve ever used SonyLIV on any platform, you’re likely aware of the myriad tech issues one has to deal with. Not only does the Sony India-run service provide a repeatedly broken experience — app crashes, buffering troubles, stream drops, or the dreaded “something is wrong” — but even when it does work, SonyLIV is far behind its television counterpart with live sports, and offers terrible picture quality. You’d expect better from a platform that carries the name of the Japanese electronics and entertainment giant, but despite being in the business for over six years now, it comes across as a cobbled together effort. Except Sony doesn’t think so.

“No, I think what we are able to offer today is fantastic, [and] what we’re able to give to the consumer is a great experience,” Sony Pictures Networks India’s head of digital business, Uday Sodhi, told Gadgets 360. “Today, we are offering some of the best sporting events. And some of these events are global scale. Say for example, when we did the [2018] FIFA World Cup, we were among the top five partners for FIFA worldwide. And we’ve been able to offer it at scale. [For India’s cricket tour of Australia] earlier this year, we were running for 7-8 million concurrent users at that point in time, without any challenge. So I’m not sure where your information is coming from.”

Sodhi noted that a lot of their “time, effort, and resources” goes into the technology side of things at SonyLIV, with a primary focus and challenge being that you need to serve every kind of viewer in India — from low-end Android phones to smart TVs. To that end, SonyLIV runs about 14-15 versions of its apps, Sodhi claimed, which involves “a fair amount of smart serving at the backend to ensure that each customer gets a great experience at scale.”

While we have no reason to doubt the efforts, the results are plain to see for everyone. And what better way to judge that than with a comparison? Live sports are a tricky business since the rights are exclusive to one broadcaster, and the quality depends on the health of your network at that moment in time. It’s why we decided to stick to entertainment for our little comparison test: chiefly the BBC nature documentary series Planet Earth II, which is available on both SonyLIV and Amazon Prime Video. 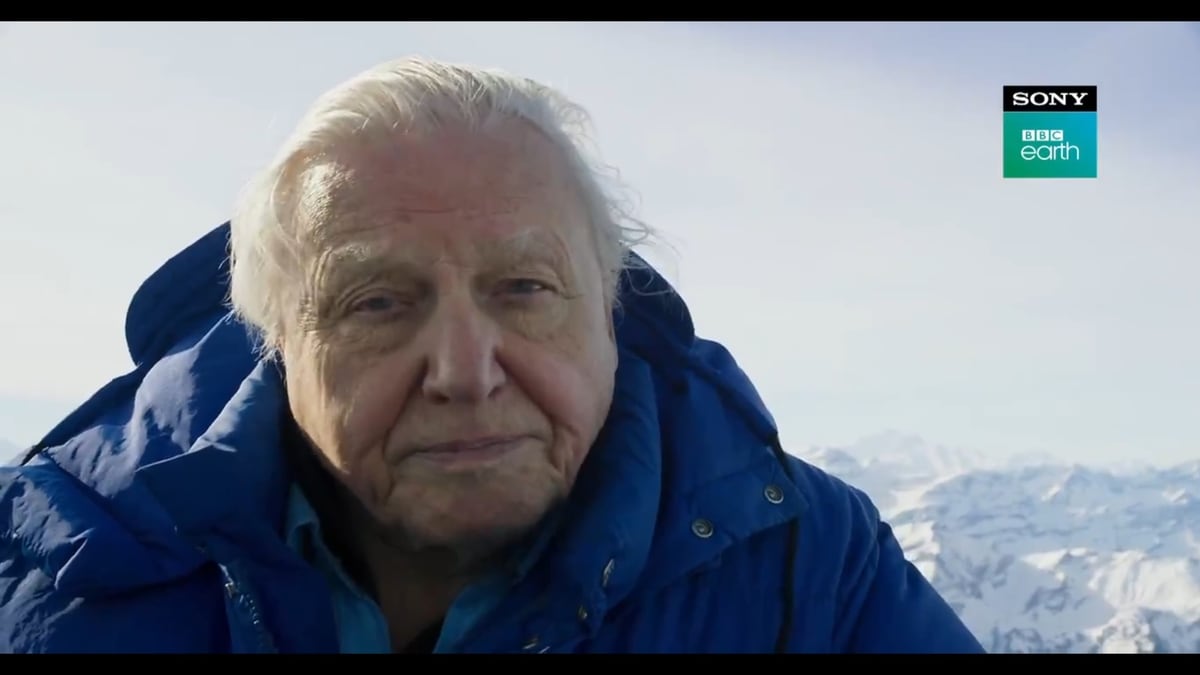 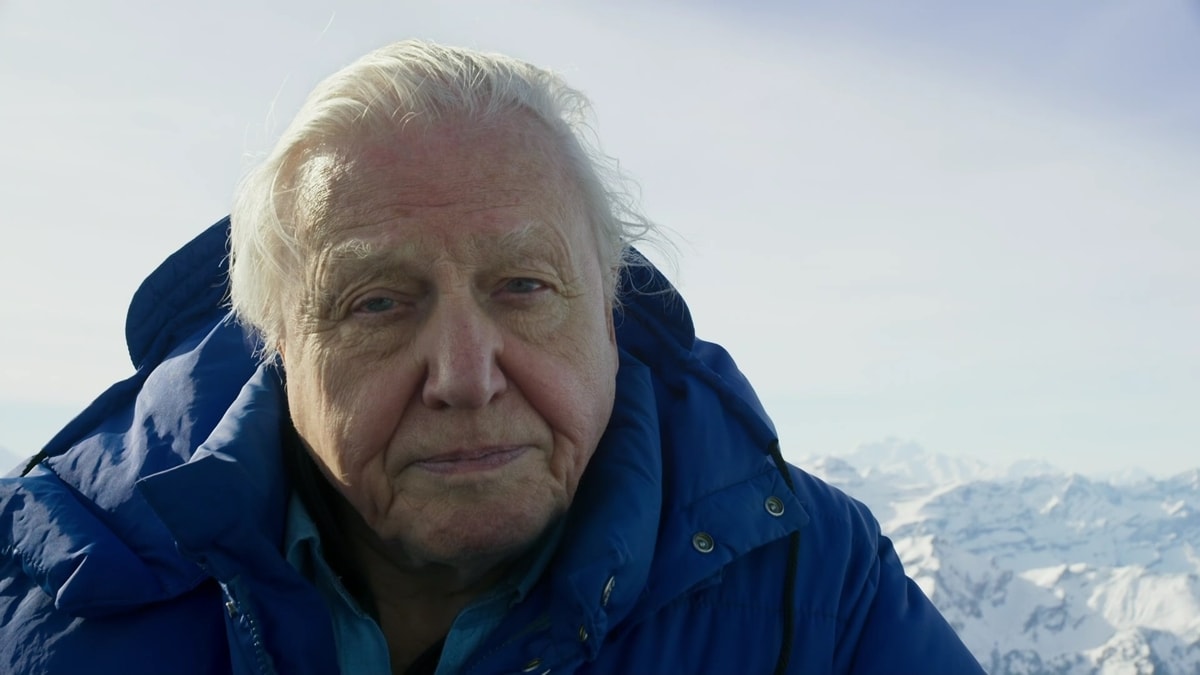 (Sidenote: all screenshots have been taken on the highest quality setting offered by the respective platforms. To be sure that it wasn’t a device-specific issue, we tested on three separate devices: a TV, a computer, and a tablet. Click or tap on the photos to see the full version.)

As you can tell from the above photos, SonyLIV’s version of Planet Earth II is severely lacking in the quality department, possibly owing to heavy compression. The bitrate is so low in fact that it seems like the whole picture is out of focus. And because of that, there’s hardly any detail on Sir David Attenborough’s face. Additionally, there’s also an aspect ratio problem as well — the series was filmed in 16:9, as is most TV — which means the entire image is being squashed from top and bottom. The Prime Video version of Planet Earth II not only fills the screen, as it should, but retains all the details on Sir Attenborough’s face as they were captured.

This is just one instance of one of the many problems faced by SonyLIV. It’s a little hard to believe then that Sony India’s head of digital business thinks they are doing a good job of it, and be confident enough to term it “fantastic” and “a great experience”. Forget pursuing future-proof technologies such as 4K HDR, which both Amazon and Netflix are offering (albeit in limited variety), SonyLIV can’t even manage a decent high-definition stream. The quality is so bad that you may as well be watching standard-definition TV.

Fingers everywhere, but no solid standing

Ideally, we would just ignore SonyLIV and move on with our lives. (Actually, ideally, we’d have an ideal experience, but that’s probably asking too much.) But thanks to its financial muscle, SonyLIV has picked up the rights to a bunch of sports tournaments, including the ongoing India’s cricket tour of West Indies, several football ones — the UEFA Champions League, and Serie A, in addition FIFA World Cups — and the 2020 Tokyo Olympics next year. And on the entertainment side of things, it’s got critically-acclaimed series such as The Handmaid’s Tale, Community, and Planet Earth.

SonyLIV has been building on that in the past year, Sodhi said, thanks to a deal with Lionsgate for its television content that allows it to bring the likes of crime drama Power day-and-date with the US, and developing originals either in partnership with The Viral Fever (TVF) — known for Pitchers, Tripling, and Permanent Roommates — or that are spin-offs or its successful cable TV series.

“What we’re doing with Crime Patrol is we’re creating Tamil and Telugu versions, and shooting it for digital only,” Sodhi added. “Besides creating new shows, and new formats, the idea is to look at what we can do with a franchise like Crime Patrol in a new avatar for the South with new anchors and stuff like that.

“Besides that, we’re also looking at working on the Hindi side. We recently did a show with TVF called Gullak, which was very successful, and we got some amazing feedback on that. It’s right now rated nine-plus on IMDb [context: from just 800 votes], so it’s a good partnership and franchise we’re out to create along with TVF.”

Sodhi noted that SonyLIV has released “four or five originals” in the past few months, and they are working on another “four or five very large shows across languages”.

While other streaming services has used originals as a dangling carrot to get consumers to sign up for their premium offering, SonyLIV has been happy to offer them for free (with ads, naturally). Even stuff such as Planet Earth is free, though that’s not the case for live sports, and much of the English-language content including all films and the aforementioned shows.

Despite that, the “bulk of the consumers are on the ad-supported model”, Sodi told Gadgets 360. “While not every piece of our content is premium, so I believe that a lot of our [free] users still have significant content available on the site. We continue to [have an ad]-heavy model, and subscription for us is a smaller part of what we do. But a faster growing part of what we do.”

And though SonyLIV used to offer multiple plans that catered to different interests, as does its biggest competitor Hotstar, it’s now following a single-price model, Sodhi explained: “At Rs. 99 a month, and Rs. 29 a week, I don’t think the need for another fragmentation and confusing users. It’s simple enough, the price point is low enough. If there is a sports user [and] if he wants sports, he will only take sports; he wants entertainment, he can obviously sample the entertainment. There’s no point in dropping the price. I mean, [what more can I do than Rs. 99 a month?]”

685
No Result
View All Result