How Spotify Is Learning From India to Improve Its Service Worldwide

“My number one surprise was how big K-pop is in India,” Spotify’s director of product growth, Owen Smith, said Tuesday. “I had absolutely no idea. And I probably should have. The days after launch, Twitter was just overtaken by [Korean boy band] BTS fans, screaming about how happy they were that we were [now available in India]. And they were having streaming parties in our honour, which I’ve never ever seen in any other market. I really did not expect that when we started working on India launch that I would be talking about the prevalence of K-pop and BTS fans.”

In fact, BTS is the fifth most listened to artist on Spotify in India — and the only non-Indian one, more importantly. (The other four, in order, are Arijit Singh, Tanishk Bagchi, Neha Kakkar, and Badshah.) That’s per Spotify’s own data for the first six months of the app’s launch in India, which is incidentally why Smith was speaking to members of the press. Having been here for half a year now, Smith revealed that the love for BTS is one of a few interesting things. Spotify users in India are also bigger listeners of Daily Mixes, the personalised playlists tailored to your tastes, than some other markets.

For Smith’s team, on the other hand, the big thing is how they are applying lessons from India to the rest of the world, just as they had imagined when they arrived in late February. The first of those has been the ability to sign up for Spotify with a phone number, which was first built for India — a mobile-first market, as is known — and then shipped worldwide at the end of August. Smith said the data showed that it’s “proven tremendously successful”. But the much bigger revelation has been the language on-boarding feature, which asked Spotify users in India the languages they would like to listen to.

“We don’t have this feature anywhere in the world,” Smith said. “And I’ve been really impressed [that] nearly 100 percent of our new users are actually going through that process.” That feels a bit obvious considering that’s one of the first things the Spotify app asked new users to do after they signed up. But Smith noted they were worried because “the concern you always have in building products is, by asking the user for an extra piece of information, you’re adding friction. It’s like, ‘Are people going to drop out?’ But what we’re seeing is people are really happy to tell us like, ‘No, these are the four languages I speak, please give me a better experience based on this.’ And then, the retention numbers that we see indicate we’re doing a good job at taking that signal and giving you something relevant.”

Smith added that the feature wasn’t perfect at launch though, as “we didn’t have Marathi. And we got some heat for that on Twitter. A lot of users were complaining about that. And so, we added that two days later. It was kind of a humbling experience that Indian music fans really felt that we weren’t representing that language and that music culture correctly.” But now that they’ve seen the usage and value of it, Spotify is ready to offer it to users around the world.

“Obviously, there are many more countries that speak more than one language. Canada speaks both English and French. And in the Middle East, there are countries where many, many languages are prevalent. I think it’s going to be something valuable there too. But testing it in India first was really valuable in terms of giving us insights, that we can start taking these products and rolling them everywhere else.”

While Spotify is now using language as a vector in its recommendation algorithms, Smith said, India’s multi-lingual nature has also revealed that users prefer listening to music in one language at a time: “[We saw] they wouldn’t mix their languages that often. They had like independent sessions. Because they spoke four languages, they probably wouldn’t listen to a playlist in all four. Some people might, but the overwhelming trend we saw is that people like to segment their sessions.”

To cater to these wishes, Smith & Co. talked to the Daily Mixes team that works out of Boston in the US. Language became another differentiator, in addition to genres and similar artists, to create “taste clusters” — as Smith calls them — for Spotify users in India. That means if you listen to an artist who sings in multiple languages such as Arijit Singh — Hindi, Bengali, and Tamil among others — Spotify will make sure that your Daily Mix is “language consistent”. If you only speak Hindi, you’ll just get those songs, but if you speak Hindi and Bengali, you’ll get two separate Daily Mixes with Arijit songs.

Smith said “the usage numbers and the love we’re getting from users” shows this language-based segregation is important, which is why Spotify is now looking to expand it across all their products in the rest of the world. 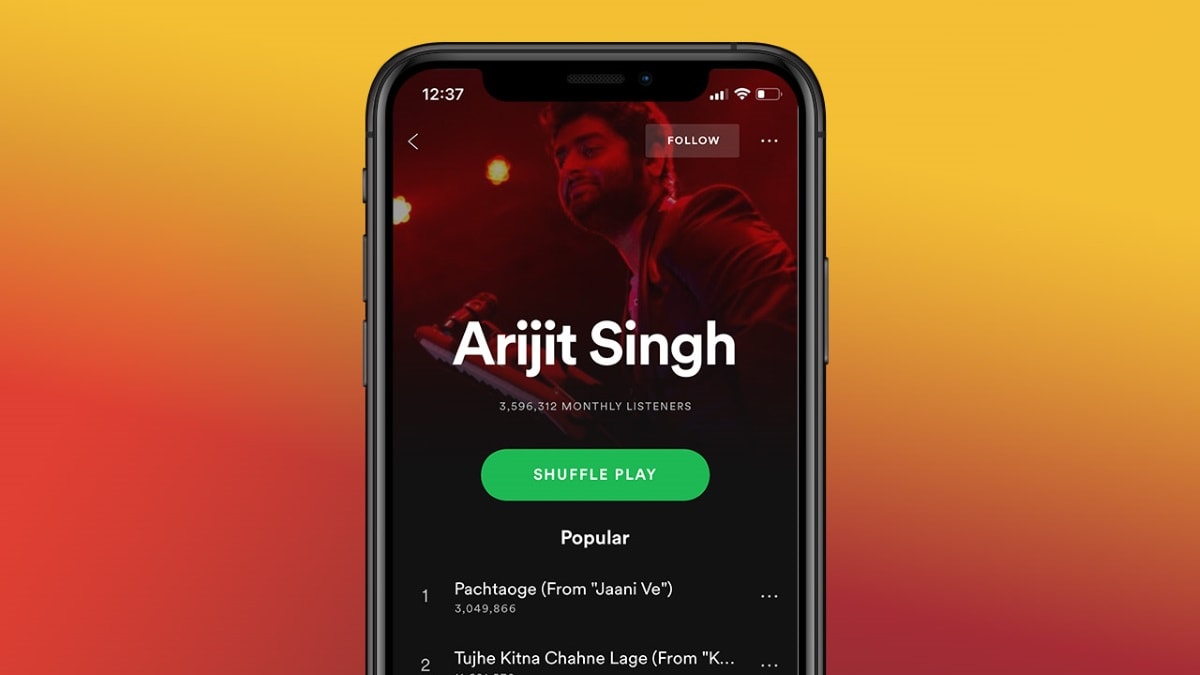 Of course, not everything has global value. Spotify’s India head of market operations, Akshat Harbola, revealed Tuesday that listeners in Gujarat are fascinated with a playlist called Bollywood Mush, while all Spotify-curated workout playlists are doing very well in Goa. Make of that what you will. Other demographical statistics are much more easily understandable. Harbola said young Spotify users in India listen most after 8pm, while those aged 40 and over tune in between 8am and 10am.

What they have common, per Smith, is that they have contributed to a consistently increasing average listening time per user for Spotify in India since launch: “And for me, the interesting thing about that is it shows that our investment in making high-quality, long sessions, making sure that the next song people play is the right song, and the song that people want [is worth it]. That kind of reaction from users shows that we’re doing a really good job of that. Every month, more users come to Spotify. And every month, they individually listen to more songs on average. That’s a really great sign.”

At the end of April, two months after launch, Spotify said it had more than 2 million users in India. (Globally, it had 217 million monthly active users and 100 million Spotify Premium subscribers then.) But there’s been no update since, which is in line with how all streaming giants operate, refusing to divulge numbers by region unless it suits them. At the end of July, Spotify said monthly active users were up to 232 million, and that India had “performed well and in line with expectations”. The global count? 232 million active and 108 million Premium. Spotify hasn’t launched in a new market since India, but that doesn’t make it any easier to judge how it’s performing here.

Moreover, Spotify has a unique problem in India of lacking millions of songs, thanks to ongoing lawsuits and licensing agreement troubles with Warner Music and Saregama. It’s unclear if there’s an end in sight to either battle for the Swedish streaming platform, even half a year after its entry into India.

The Falcon and the Winter Soldier Release Date Delayed to 2021

WandaVision Gets a New TV Spot With Original Theme Song

Blackpink ‘How You Like That’ Breaks YouTube's 24-Hour Viewing Record