Honor 9X, Honor Magic Watch 2, and Honor Band 5i were launched in India on Tuesday. The Honor 9X launched in India is the phone’s global variant and has a different set of specifications compared to the Honor 9X phone that went official in China back in July last year. It is very similar to the Huawei Y9 Prime (2019) smartphone that was launched in the country last year. The Honor 9X packs a triple rear camera setup that includes a 48-megapixel main snapper, and also sports a 16-megapixel pop-up selfie camera. The Honor Band 5i stands out with its ability to plug in directly to a USB port for charging, eliminating the need for a separate charging apparatus. As for the Honor Magic Watch 2, it brings GPS support and can detect six common types of sleep disorders. At the event, Honor also launched the Honor Sport Pro and Honor Sport Bluetooth earphones, priced at Rs. 3,999 and Rs. 1,999 respectively.

Buyers will get a limited-time discount worth Rs. 1,000 on the Honor 9X’s 4GB + 128GB variant on the first day of sale. Banking offers include 10 percent discount on purchases made using an ICICI Bank credit card and Kotak Mahindra debit or credit card. This offer will be valid from January 19 to January 22, 2020. 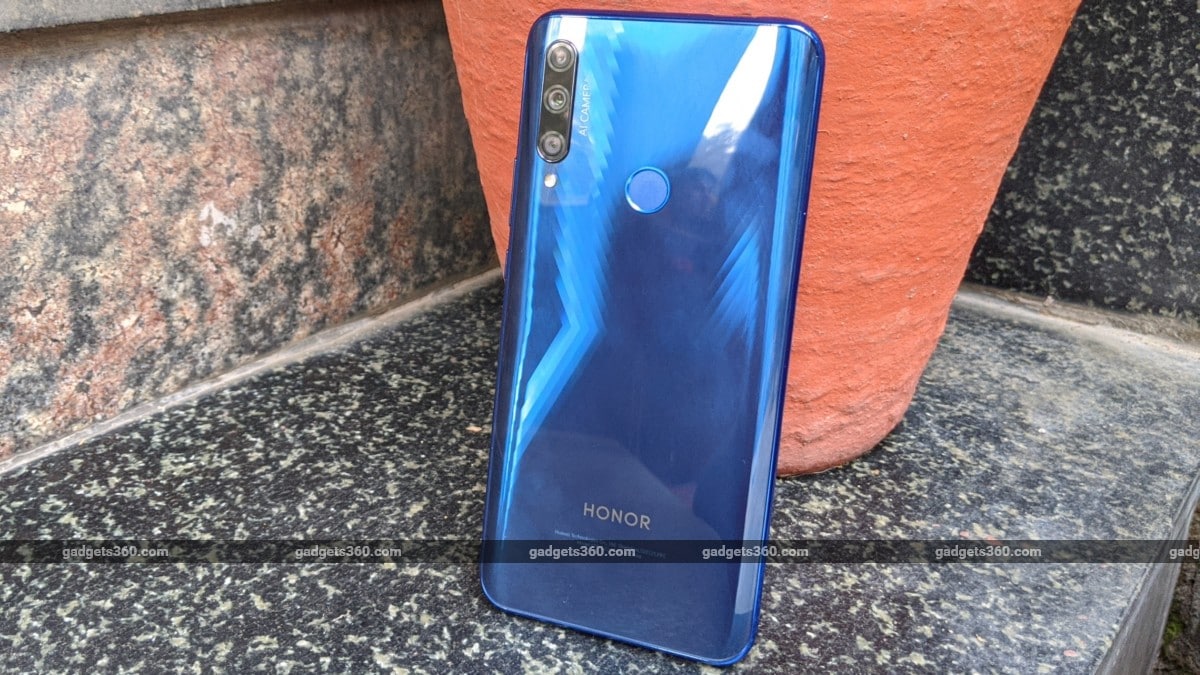 The Honor 9X’s triple rear camera setup is highlighted by a 48-megapixel main shooter with an f/1.8 aperture and AIS Super Night mode support. It is assisted by an 8-megapixel wide-angle camera with a 120-degree field of view, and a 2-megapixel depth sensor. Selfies and video calls are handled by a 16-megapixel snapper with an f/2.2 lens, housed in a pop-up camera module.

There is 128GB of onboard storage that can further be expanded via a microSD card (up to 512GB). The phone comes equipped with a 4,000mAh battery with 10W charging support via a USB Type-C port. Connectivity is handled by 4G LTE, Bluetooth 4.2, Wi-Fi 802.11 a/b/g/n/ac, GPS, A-GPS, and GLONASS, while sensors onboard are a fingerprint sensor, compass, ambient light sensor, and gravity sensor. Dimensions of the Honor 9X are 163.5 x 77.3 x 8.8mm and it tips the scales at 196.8 grams 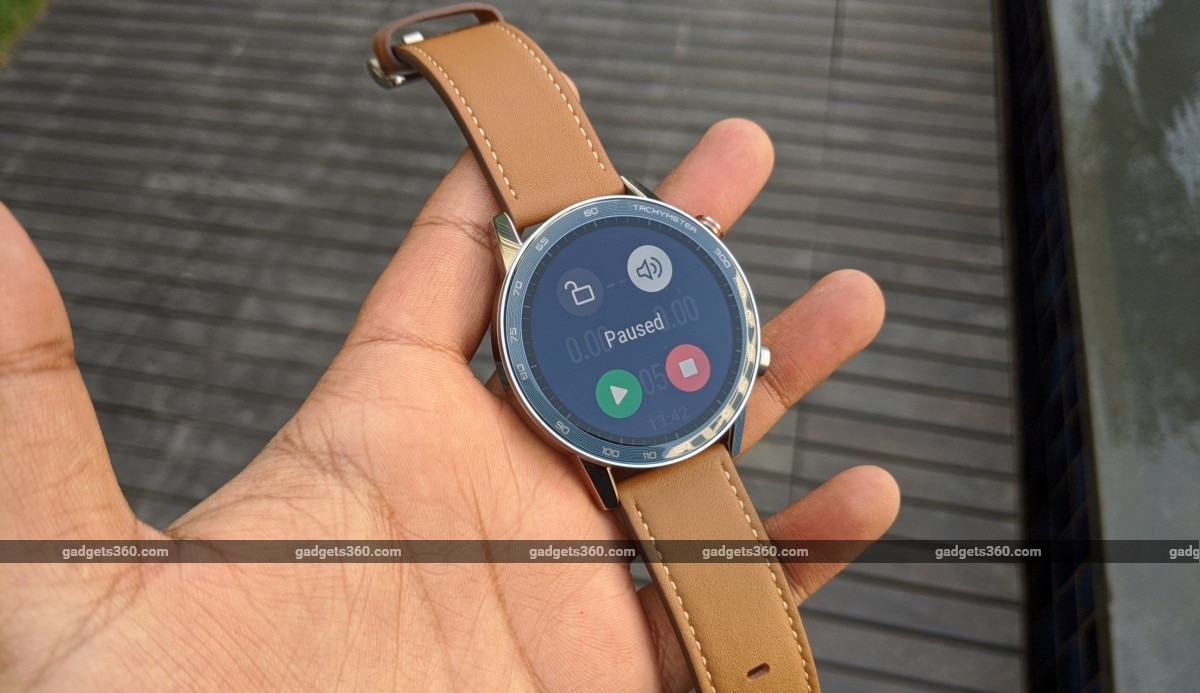 Honor Magic Watch 2 buyers will get a free Honor AM61 Bluetooth earphones with their purchase. This offer will kick off for Prime subscribers on January 18, while non-Prime customers can take advantage of it starting January 19 and till January 22. Other offers that are on the table are 6-month no-cost EMI plans on all credit and debit cards, and instant 10 percent discount for SBI credit card holders. Moreover, buyers can also avail Jio benefits worth Rs. 2,200 if they opt for the Rs. 249 and Rs. 349 prepaid plans. This offer will be valid starting January 19 for a span of 3 months.

The Honor Magic Watch 2 comes in 42mm and 46mm variants, and has a stainless steel build. The 42mmm model packs a round 1.2-inch AMOLED display with 390 x 390 pixels resolution, while the 46mm variant has a 1.39-inch AMOLED panel with a resolution of 454 x 454 pixels. Honor Magic Watch 2 (42mm) promises up to 7 days battery life with heart rate monitoring and GPS activated, while the 46mm variant takes increases the battery longevity to 14 days. 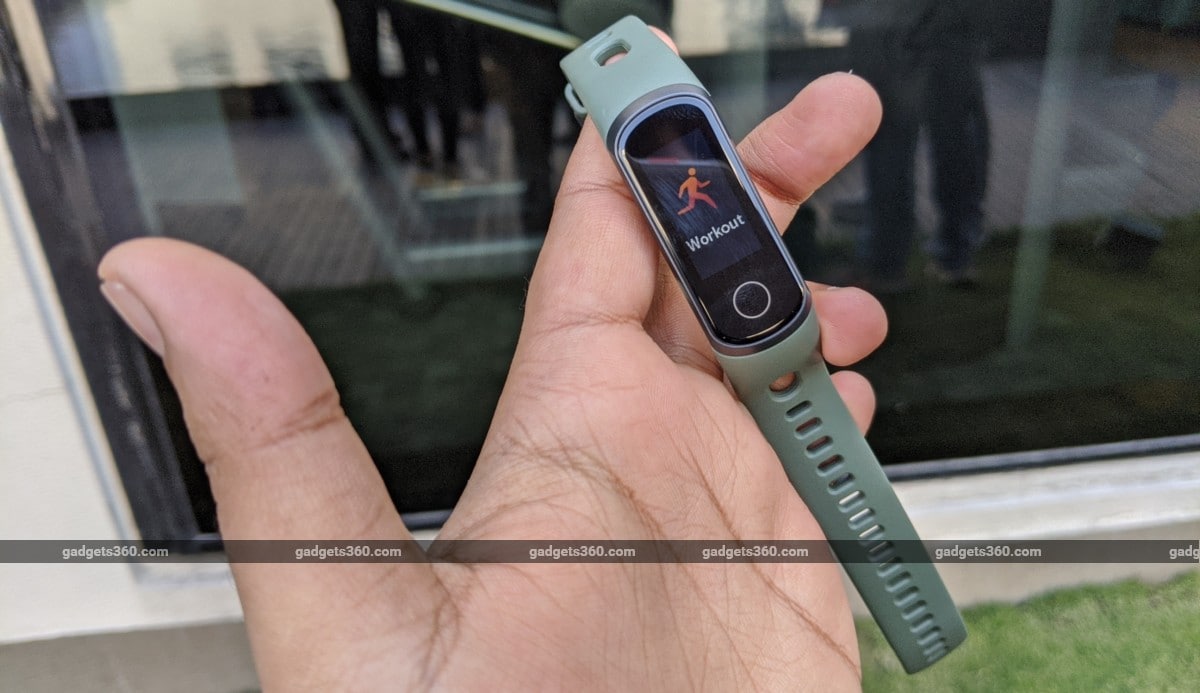 The Honor Band 5i is priced at Rs. 1,999 and will go on sale starting 12pm on January 18 for Amazon Prime members, and January 19 for non-Prime customers. The body is black in colour, while the bands come in a variety of colours.

The Honor Band 5i sports a 0.96-inch (160×80 pixels) touch-sensitive colour display that has a capacitive button below it. It comes equipped with a 91mAh battery that is claimed to provide a mileage of up to 9 days. It packs a 3-axis inertial sensor, optical heart rate sensor, and infrared light wearing detection sensor. Connectivity is handled by Bluetooth v4.2, while 5ATM water resistance ensures that it can handle water exposure. For fitness tracking, it offers 9 sports modes, and weighs roughly 24 grams (including the wristband).

As mentioned above, the USP of Honor Band 5i is its ability to plug into a USB port for charging. It takes roughly 1.5 hours to fully charge the wearable. As for compatibility, it pairs with phones running on Android 4.4 and above, or iOS 9.0 and a later builds.

Editor’s note: A previous version of this article incorrectly stated the Honor 9X will go on sale on January 20. The error is regretted.

From design to technology and blogging. This is my life...
view all posts

Cangir Trade14 views2 hours ago
14
Motorola brought back the Razr branding with its latest foldable flip smartphone. The new Motorola Razr has a folding display...

iQoo 3 Rumoured to Be Brand&rsquo;s Next Flagship; Likely to Debut in India Next Month

Cangir Trade15 views3 hours ago
15
iQoo 3 is rumoured to be in the pipeline as the next flagship phone by the brand that was initially...

Samsung Galaxy A51, Galaxy A71 Set to Launch in India on January 29: All You Need to Know

Cangir Trade13 views5 hours ago
13
Samsung Galaxy A51 and Galaxy A71 are set to launch in India on Wednesday, January 29. The South Korean giant...

Cangir Trade15 views6 hours ago
15
If the latest rumour is anything to go by, then we might see Apple releasing iOS 14 for the same...