In any conversation about how streaming services — the likes of Netflix and Amazon — are changing the movies, film…

In any conversation about how streaming services — the likes of Netflix and Amazon — are changing the movies, film purists will always cite the importance of the big screen experience. That’s even truer in the case of IMAX, which is essentially a supercharged version of that. In India, there are currently 20 IMAX screens in nine cities, with two more to open soon in Lucknow and Navi Mumbai that are waiting on government approvals, per IMAX.

“We’ve got contracts for 42,” IMAX’s senior vice president for theatre development in Russia, CIS, Middle East, and India, John Schreiner, told Gadgets 360 last week. “I would think that by the middle part of this year, we’ll have another four installed, so that takes us to the mid-20s. And I would hope, probably by mid-next year, that we would be at the sort of 35 installed level.”

But while IMAX is looking to rapidly grow its install base in India, it’s also simultaneously focused on other aspects: new technologies and local content. With the former, PVR Cinemas introduced IMAX with Laser — the highest-quality digital projection it offers — in Mumbai and New Delhi back in December, five years since global rollout began. PVR has two more IMAX with Laser systems on the way in Bengaluru and Chennai. The others will continue to be regular digital IMAX.

Here’s how the two differ: IMAX with Laser uses a laser light source and dual 4K projectors in lieu of a xenon arc lamp and dual 2K projectors. Schreiner claims IMAX with Laser is “about five times better” than their old digital tech, though quantifying images is far from science. What it does produce though is sharper, brighter, and richer images. For the geeks among you, that means a higher resolution, a better contrast ratio, and a wider colour gamut.

“We are basically taking laser light and projecting it onto the chips that are kind of projecting them back onto the screen,” Schreiner says, explaining how IMAX with Laser is better. “That enables us to have very high contrast images on the screen. Pretty much every other projector in the world uses a prism, and they run the light through a prism. But what happens is you lose a lot of the contrast and colours when you do that. So that’s why we did away with it.

“It’s a very hot environment so our light engine is made with this metal called invar which is one of the most thermodynamically stable metals on the planet. It’s a really stable environment, it just takes a long time to build.”

Plus, IMAX with Laser replaces the old 5.1-channel sound system with a new 12-channel one, which helps deliver earth-shattering sound that seems to (literally) move your heart. The setup involves speakers at the back, in the ceiling — just like Dolby Atmos, which is part of Dolby’s IMAX with Laser rival, Dolby Cinema, that is not available in India yet — and behind the screen.

Speaking of behind the screen, Schreiner notes IMAX with Laser has “hundreds of little actuators that are constantly shaking the screen.” Here’s why. A laser light source produces visual artefacts, known as laser speckle, which can be reduced by shaking the screen. An actuator helps achieve that. And because the screen material, usually vinyl, absorbs vibrations, IMAX needed hundreds of them to evenly shake the entire screen.

But all the technology in the world means nothing without content. After all, it’s about the movies. Schreiner says IMAX “converted” 73 titles last year. By conversion, Schreiner is referring to IMAX’s proprietary DMR process, short for digital media remastering. That includes enhancing resolution, image improvement, and artefact clean-up. The films came from across the world, including the US, China, Russia, Korea, Japan, and — India, with the terribly reviewed Saaho the only local entry.

“The challenge for us in India is the timing,” Schreiner says on why the world’s biggest film industry, in terms of number of films, had just one IMAX feature in an entire year. “A lot of it just comes down to — some of the movies get done very late. Sometimes, at the very last minute, there’s edits that need to be made for the [CBFC] censorship, which then throws off the whole schedule.

“We had an experience last year where we had done the whole movie, but then some edits came through which would have meant that we would have had to redo the entire movie and miss the opening weekend. We’re working to address that, because India lives and breathes by local content, Bollywood, Tollywood, southern Indian titles. For us to grow as a company, we have to do more.” 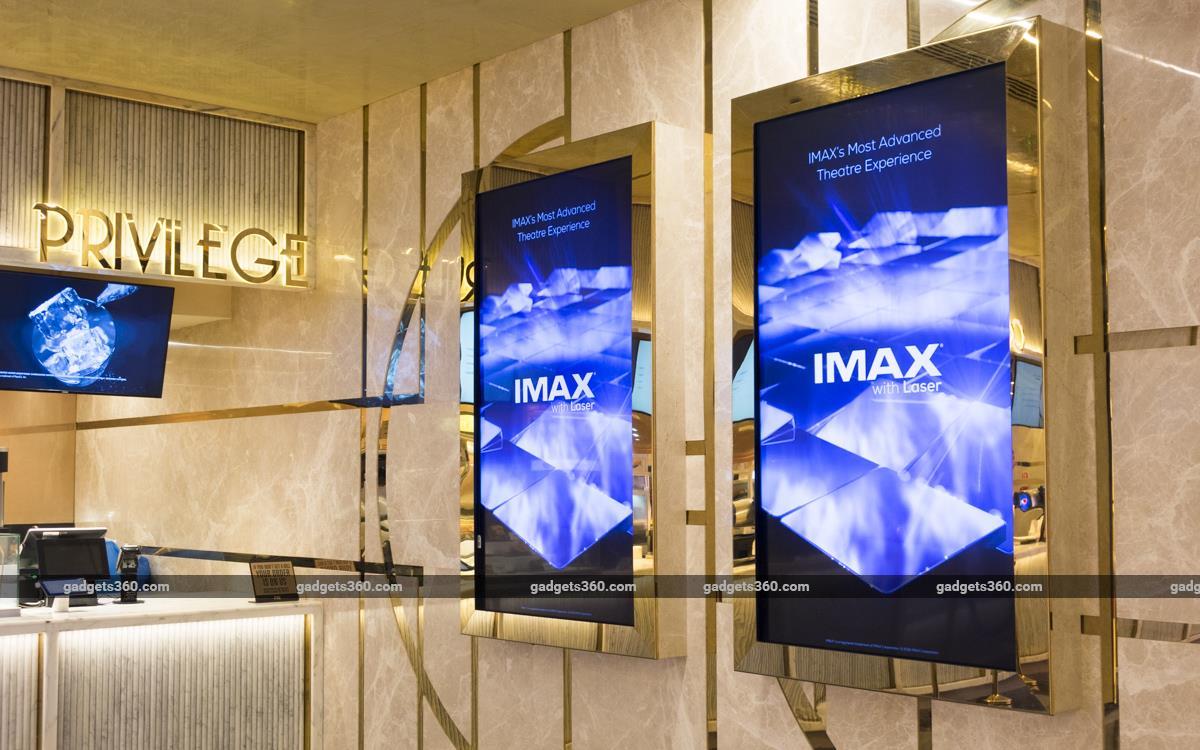 That’s especially true as IMAX starts to move beyond the bigger cities. Of the 20 right now, Bengaluru, Delhi, and Mumbai have 15 between them. But as IMAX enters markets such as Lucknow and looks at the likes of Ludhiana, Schreiner says the challenge is also to bring in Hindi-language versions of all IMAX movies. While Hollywood films are routinely dubbed in Hindi, Tamil, and Telugu, those versions are limited to regular screens.

On the topic of timing, Schreiner notes, the release date also plays a part. “Christopher Nolan’s a perfect example. We’re doing [Tenet], he would like that movie to stay in IMAX theatres as long as possible. If there’s a big Indian title which comes out the same weekend as Christopher Nolan’s movie, Nolan’s movie kind of has to take precedence. So that’s the other challenge.”

The lack of local IMAX titles can have a detrimental effect on the value of the brand too. In dry seasons, when Hollywood IMAX movies don’t have enough interest in India, cinemas tend to screen non-IMAX Bollywood movies on the IMAX screen at a cheaper price. Schreiner admits that it’s something they “need to address in order to grow, because again, it confuses consumers. We want consumers to go into an IMAX auditorium, and watch an IMAX movie.”

While IMAX is focused on generating local content, IMAX devotees in India have long wondered if they will get to experience the traditional IMAX film format with a 1.43:1 aspect ratio. (Digital IMAX is limited to 1.90:1, but IMAX with Laser can go up to 1.43:1.) Schreiner remarks that he hasn’t sold a film projector in “probably 10 years”, dashing those hopes and dreams. As for the near-square aspect ratio, Ahmedabad’s Gujarat Science City has it, but it doesn’t screen commercial films.

“In an ideal world, I’d love to have a world of 1.43 aspect ratio IMAX screens, but there’s a couple challenges. Christopher Nolan is one of the few filmmakers who does that, so there’s one film every two years or what have you. There are a few others that do take advantage of it but there isn’t unfortunately a regular flow of content in that aspect ratio.

“And there’s limitations from a developer’s perspective on ceiling height. Because you are then asking a developer to lose another floor of retail space. This is not only in India but around the world. Most of our theatres — the average movie theatre has 2.35 aspect ratio — are typically the 1.90:1 aspect ratio. We still have a large number of the 1.43, but the practical element is, it’s very hard to get a developer to build out a square theatre.”

From design to technology and blogging. This is my life...
Related Articles

Family Guy Is Now on Disney+ Hotstar — All 18 Seasons, and One Special Episode

From Frozen 2 to Soul: All the Disney Animation and Pixar Announcements From D23 Expo

Samsung TV Plus is soon coming to mobile devices

Mi 10T Series Set to Launch on September 30 Through Virtual Event: All You Need to Know

Mi 10T Series Set to Launch on September 30 Through Virtual Event: All You Need to Know