With governments around the world enforcing strict lockdown due to the coronavirus outbreak, more users are flocking to online services for watching video content, gaming, and more. While this has led to a surge in user base on various platforms, there has also been a rise in the number of users opting for VPN services globally. As per a report by ExpressVPN, its virtual private network service has recorded a 15 percent growth in India. On a global scale, ExpressVPN says the usage of its service has increased by 21 percent in the month following the last week of February.

In a press release, ExpressVPN notes that the usage of its service has gone up by 15 percent in India as per data collected between February 24 and March 22. In Asia Pacific region as a whole, Philippines is where the usage of ExpressVPN rose by the highest margin at 27 percent. It was followed by Malaysia and Indonesia at 23 percent and 18 percent respectively, while India stood at the fourth spot. 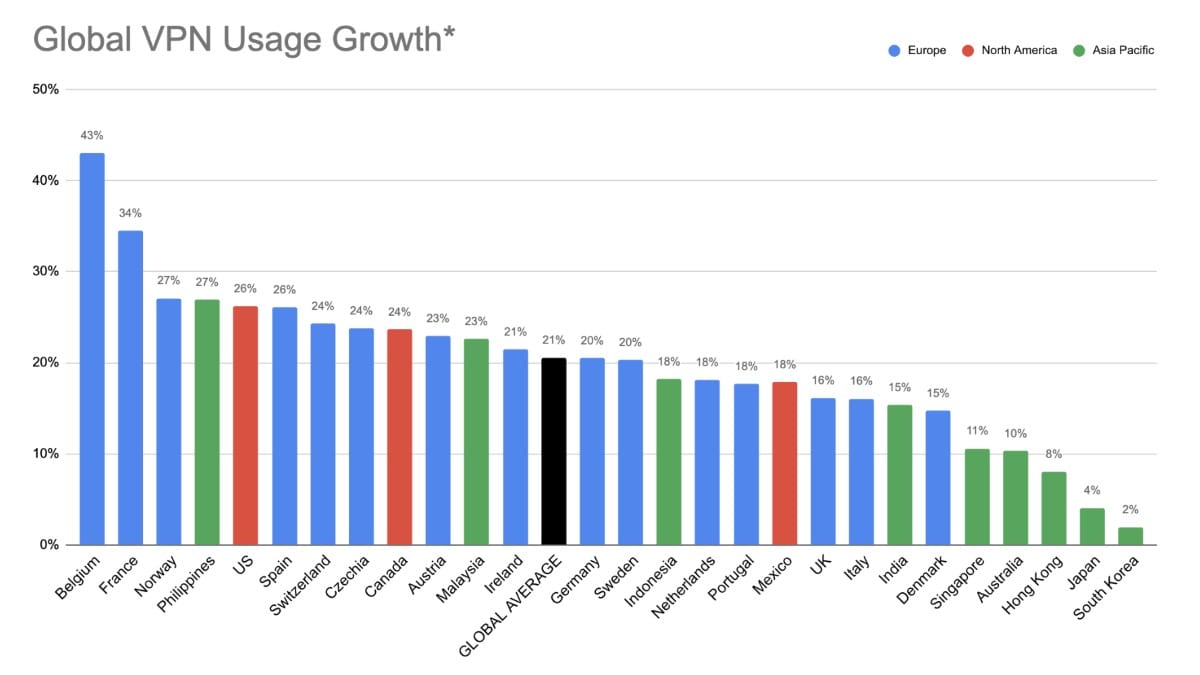 On a global scale, Belgium is where the usage of ExpressVPN recorded the highest growth at 43 percent. It was followed by France with 34 percent growth, while Norway took the third sport with an average surge of 27 percent in usage. The rise in usage of Express VPN is not surprising, as more people now work from home and rely on a VPN service to secure their workflow.

This change in work-life pattern has also led to services like Microsoft Teams, Slack, and Discord recording massive growth in their user base, even experiencing a brief outage due to traffic surge. Similarly, the likes of Netflix, Amazon Prime Video, YouTube have resorted to lowering bitrate across their platform to ease network congestion and save bandwidth as coronavirus lockdowns keep expanding across the globe.

The Best TV Series on Netflix in India [March 2020]

NRAI to Launch Its Own Food Delivery Platform to Take on Zomato, Swiggy

Adobe to Start Blocking Flash Content from Playing from January 12, 2021