Apple’s new iPhone family has something for everyone, whether it’s the small-yet-equally-mighty iPhone 12 mini with a 5.4-inch screen, the two 6.1-inch iPhone 12 and 12 Pro models, or the monstrous iPhone 12 Pro Max, which is more than just a bigger iPhone 12 Pro and is the biggest iPhone ever released.

Clearly, the global situation this year has resulted in delays for certain components. As a result, the iPhone 12 and 12 Pro both go up for preorder on October 16 and ship on October 23. Preorders for the smaller Mini and larger Max variants are delayed to November 6, with shipping starting November 13.

With that in mind, if you want to buy the 12 or 12 Pro, we’ve rounded up the best iPhone 12 deals below. If you’re interested in the iPhone 12 Pro Max and iPhone 12 Mini, we’ve also included the options below, but you’ll need to wait a couple of weeks to pre-order.

Where to buy the iPhone 12

Best Buy is offering up to $100 off when you activate your new iPhone at checkout. For example, the iPhone 12 Pro model with 256GB storage space can be yours for $999 if you activate at checkout with Sprint, or you can get the 128GB version for $900, with the same conditions applied. You also get Apple News+ for four months for new subscribers. You can save up to $100 on the iPhone 12 if you buy your device and activate it on Sprint’s network. Alternatively, if you want to spread the cost of your new iPhone over interest-free monthly payments, you can do so using Best Buy’s Credit Card.

If you want to buy directly from Apple, there’s a couple of ways you can save. First, you can trade-in an eligible device, which has to be an iPhone. Trade-in pricing varies depending upon how old your phone is, but here are the most recent phones presented in Apple’s trade-in dropdown:

If you don’t want to trade-in for an instant discount against your purchase, you can also trade-in your phone for an Apple Gift Card that can be redeemed in Apple’s stores or on Apple.com.

You can save as much as $500 if your current iPhone is in good shape and in working conditions, but it also depends on the model you have. 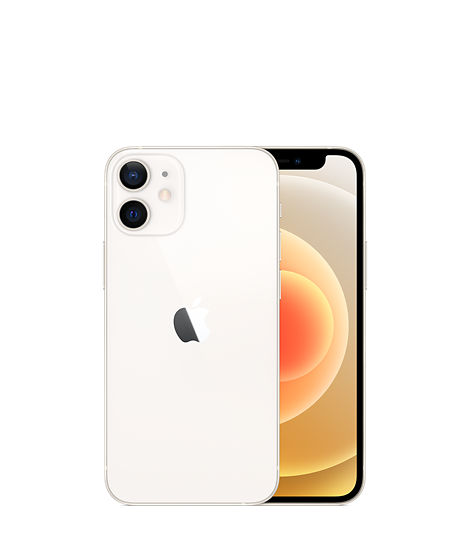 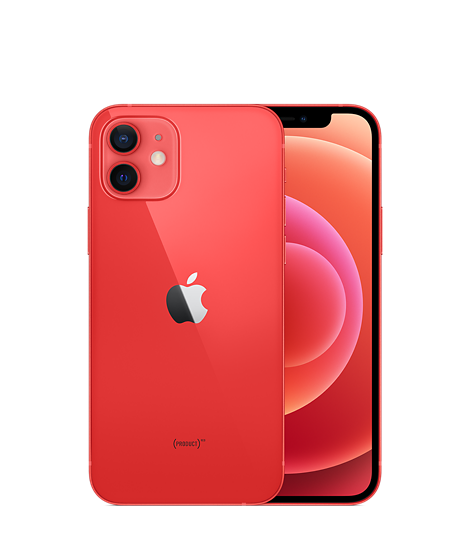 If you’d rather buy it from your carrier, we’ve also rounded up the best carrier deals below.

Best iPhone 12 deals with US carriers

Verizon joined Apple onstage at the keynote. Apple mentioned Verizon’s trade-in offers during the iPhone announcement, so you can be sure that Verizon will be offering the entire lineup for less.

This may not seem different from what we say above, but there are some significant changes when you become a new Verizon customer. You can get an iPhone 12 for as low as free when you switch and trade-in select smartphones, and you also sign up for a select Unlimited plan. Existing customers can get one for just $15 a month on Verizon Device Payment with a select Unlimited plan when you trade in select phones.

More importantly, Verizon is also the network with the biggest deployment of those superfast 5G speeds that Apple mentioned. Alongside a new Nationwide 5G network launched alongside the new iPhone, Verizon has the 5G Ultra-wideband mmWave network that offers speeds of up to 4Gbps in 55 cities and growing.

Verizon has great offers for switchers, existing customers and business customers to help you get a new iPhone 12

AT&T also has options if you want to get a new iPhone 12. Right now, you can get the phone for free, whether you’re a new or an existing customer. Of course, there’s a catch. You have to purchase the device with an AT&T Unlimited Plan, and you also have to trade-in an iPhone 8 or higher. Still, if you’re upgrading and don’t want to pay for a new phone, this is definitely one way to go.

The third-largest carrier in the US has announced new deals on the iPhone 12 that enables both new and current customers to get the new iPhone for free, kinda.

Team Magenta also has the iPhone 12 listed, but it’s $30 more expensive than on Verizon and AT&T. We’re not quite sure why it’s higher. Still, it’s worth noting that the SIM-free price is also $829, with Verizon and AT&T seemingly subsidizing the price to $799 for their customers.

That said, T-Mobile still has deals for you. You can get up to $850 off when you trade-in an eligible device and add a new line or switch to T-Mobile. This will get you the iPhone 12 or iPhone 12 Mini for free, but if you want the iPhone 12 Pro or Pro Max, you’ll still need to pay the difference.

5G speed. A14 Bionic, the fastest chip in a smartphone. An edge-to-edge OLED display. And Night mode on every camera.

As we expected, the iPhone 12 box doesn’t come with a power adapter or wired headphones. There is a USB-C to Lightning cable, so at least there’s that? If you don’t know what USB-C is, or you’re coming from an older iPhone and haven’t got a newish iPad or Macbook, you’ll probably need a USB-C power adapter.

The Apple 18W USB‑C Power Adapter offers fast, efficient charging at home, in the office, or on the go, for just $29.

If wired earbuds are a must, then the lack of headphone jack means you’ll want something that’s Lightning compatible. Apple’s official EarPods are the ones you used to get in the box and cost $19, whilst the upgrade pick if you’re interested in something wireless would be the original AirPods for $125. Of course, if you want the best true wireless earbuds for the iPhone right now, look no further than the AirPods Pro, which is currently on sale at $199!

The chief executives of Twitter, Facebook and Alphabet will tell US lawmakers at a hearing on Wednesday that a federal law protecting Internet companies is crucial...
Read more

Microsoft on Tuesday said its profit in the recently ended quarter continued to soar as the pandemic boosted a trend toward business being taken...
Read more

TikTok Partners With Shopify to Move Into E-Commerce Space

The popular short-form video app TikTok, still under US government scrutiny for its Chinese ownership, is moving closer to becoming a marketplace for buying...
Read more

LG Wing launch in India will take place today at a virtual event set for 11.30am. The smartphone is the first under the company's...
Read more

It seems that Apple is getting close to give us a new 16-inch MacBook Pro. The latest update for Boot Camp 6.1.13 includes a...
Read more
Accessories

We start today’s deals with the Samsung Galaxy Note 20 Ultra, as it’s currently getting a $200 discount, leaving the 128GB unlocked version for...
Read more
Android

Ahead of the iPhone 12 series launch, there were rumors saying Apple might not include the charger and AirPods in its box. That actually...
Read more
Android

Learn over 20 new languages with Memrise

by: Nick L Learning a new language is one of the best ways to keep your mind active and healthy—not to mention the more obvious fact...
Read more