Google Chrome is rolling out tab groups for Android with a new grid layout, as per reports. The new layout reportedly replaces the vertically arranged list of cards on the screen with smaller tabs. However, you can see more of the page without it being concealed by other cards. With the new view, Android users also get to use tab groups on Google Chrome, where they can drag and drop one tab on another in order to form groups.

Users took to Twitter to report receiving the new tab group feature for Google Chrome. It should be noted that this grid view has been available for Chrome on iOS for some time now. The feature lets users group the tabs together and manage them more efficiently. There is now a New Tab label in the top-left corner of the page.

The Google Chrome grid view and tab group features started rolling out for some users with the Google Chrome 88 update last week, and has been appearing for others via a server-side update. It hasn’t rolled out for all users so far but will likely start appearing for more users in the next few weeks. Gadgets 360 was unable verify the feature on a couple of Android phones. 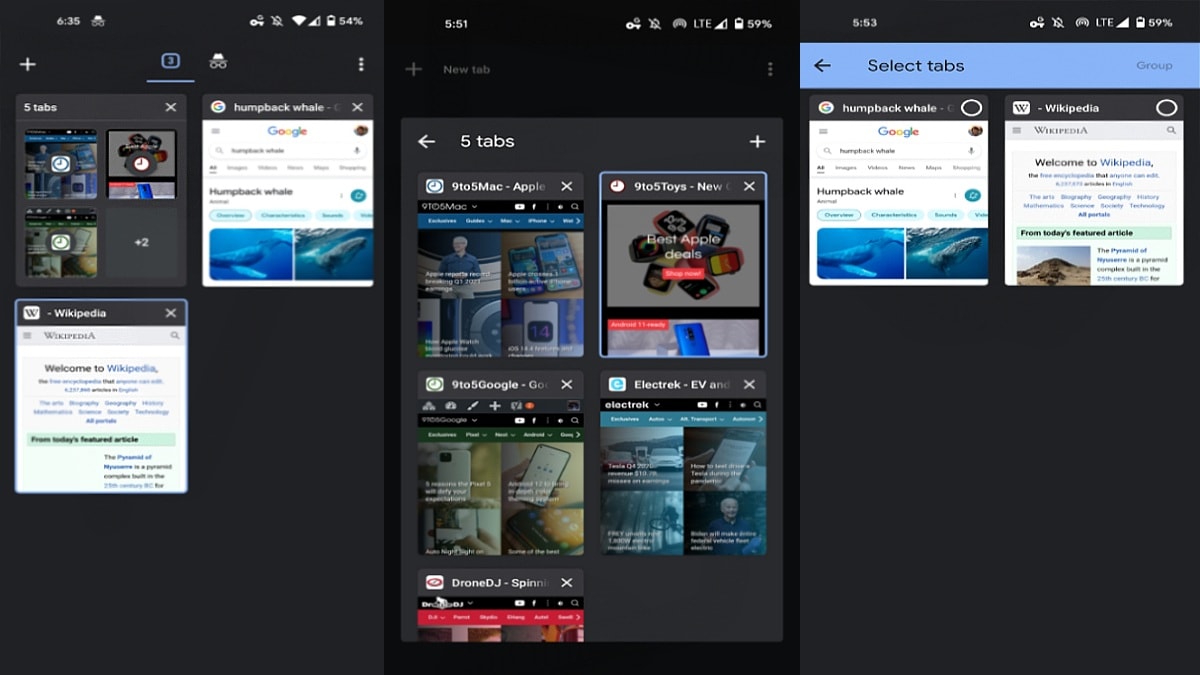 The new layout lets users see six tabs at a time before having to scroll
Photo Credit: 9to5Google

As per a report by 9to5Google, the new layout lets users see six tabs at a time before having to scroll. Tab groups from grid view reportedly lets users drag and drop one page on the other, thereby forming a group. Besides that, users can also open the overflow menu and select Group Tabs, in order to create one. Long pressing a link also gives users a new Open in new tab in group option, stated the report.

You can turn off the new layout by heading to chrome://flags/#enable-tab-grid-layout. Select Disabled and relaunch your browser. Google Chrome desktop users have been able to use Tab Groups since last year, when the feature was rolled out after months of testing.

Does WhatsApp’s new privacy policy spell the end for your privacy? We discussed this on Orbital, our weekly technology podcast, which you can subscribe to via Apple Podcasts, Google Podcasts, or RSS, download the episode, or just hit the play button below.

WhatsApp Pay Gets Green Signal in India in a Graded Manner, With 20 Million User Cap

Google rolls out dark theme for Docs, Sheets, and Slides on Android