Outside of an early email slip-up, Google has done a remarkable job at keeping its next pair of Pixel Buds under wraps. We believe the next pair to be called Pixel Buds A, but Google hasn’t really acknowledged the name anywhere. Well, today they may have.

According to an ad (below) that popped up for the Google Store in Germany, we can see that there is a listing for a “New: Pixel Buds A-Series.” The ad was spotted by Cashys Blog. We’ve spent far too long this afternoon trying to replicate the listing and failed, so we’ll just have to take their word for it.

The rest of the ad doesn’t say much other than tell folks they can sign-up to keep informed on them. Clicking on the link provided apparently didn’t direct you to the Pixel Buds A-Series page either, likely because it isn’t live yet.

To recap, we believe the Pixel Buds A-Series will be a more affordable pair of Pixel Buds, come in green and white, and might not have the best feature of the regular Buds.

Google I/O has got to be the release for these, right? 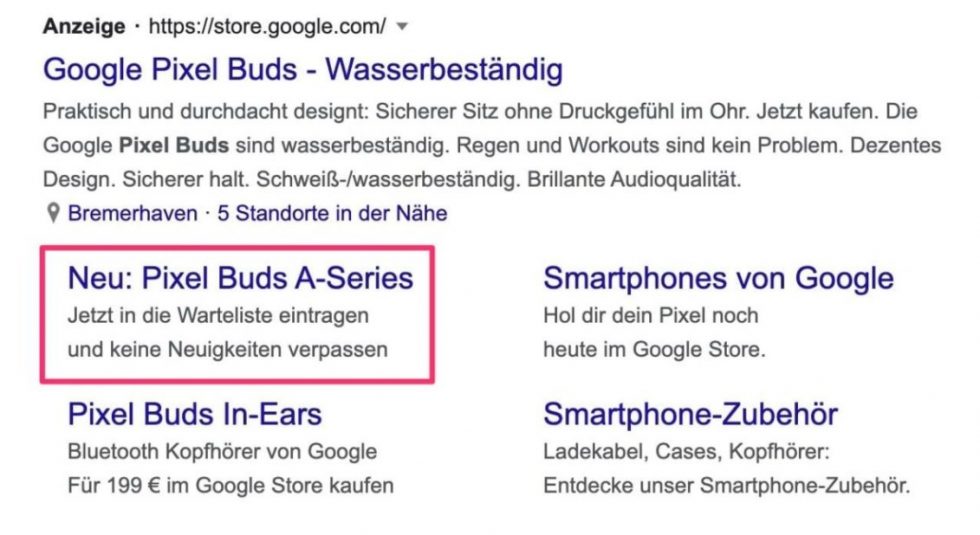 Samsung officially confirms the impending launch of Galaxy A82 5G

OnePlus Phones Get Sweet New Feature Not Even Google Phones Have

OnePlus phones are getting a brilliant new feature starting today, one that Google Pixel phones don’t even have.…

Trending Tab in YouTube App is Now the Explore Tab

Said to be rolling out over the next few days, the Trending tab inside the official YouTube app…

OnePlus 8 and OnePlus 8 Pro Only Getting Better After Launch

Over the weekend, OnePlus sent out another update to both the OnePlus 8 and OnePlus 8 Pro, with…